Reports that football star Cristiano Ronaldo has bought a holiday villa at the La Resina Country Club a little west of Marbella highlight just how popular this area is amongst sportsmen. The former Real Madrid star, now with Juventus in Italy, is rumoured to become a neighbour of mixed martial arts specialist and boxer, Conor McGregor, who joins his compatriot ex-footballer Steven Carr and Danish goalkeeper Thomas Sorenson in the area.

David Beckham has also visited the area regularly, famously shooting an advert for sports clothing in downtown Marbella some years ago, and he joins a long list of Spanish and international football players, boxers, racing drivers, Olympic athletes, tennis players and of course golfers. Scottish Formula One ace, David Coulthard, lives in Monaco but is a regular visitor to Marbella, where he follows in the footsteps of the legendary James Hunt, while the great Bjorn Borg was the first director of the now-iconic Puente Romano Tennis Club. 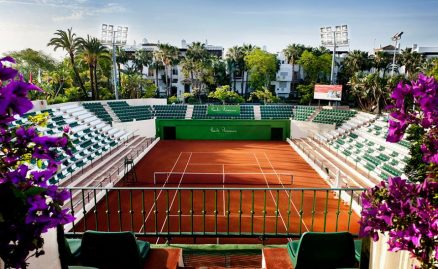 He was followed by Manolo Santana, 1966 Wimbledon winner, whose own tennis club in Marbella is now just as famous, with current star Novak Djokovic also loving Marbella. Of course, no mention of sport and Marbella would be complete without golf, as many of the fantastic golf courses here have been designed by legends of the game, such as Gary Player, Greg Norman, Jack Nicklaus and of course the great Seve Ballesteros, cementing many years of links between Marbella and the greatest sportsmen in the world.

With such a fantastic climate, open spaces, natural beauty, first-class sporting facilities and also lots of water sports amenities available, it is clear to see why this love affair has come about, so contact us and see if you too would like to enjoy the outdoor lifestyle in Europe’s best climate that has attracted so many people to these shores.

Luxury properties for sale in Marbella Wonderful and manageable villa (that is compact due to its size and distribution) which is located in the privileged residential area Monte Paraiso Country Club, so it enjoys its infrastructures, such as 24 ... Renovated villa next to the beach in Los Monteros

Wonderful and recently reformed villa just a few meters from the beach. The house, with more than 350 m², is located on a large plot and has a comfortable distribution on one floor. Located in a privileged, ...